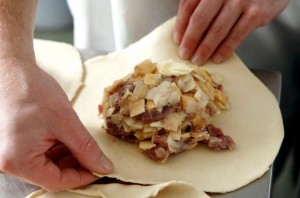 So the final stage of our five step program to complete full enhancement of Dacey’s Cornish tours, has to be devouring a CORNISH PASTY, the staple diet of the Cornish for many a year. Pasties are available all over the world, we even have a store in Minneapolis that I have to say sells really good pasties. However, as European law states very clearly, you can not call it a Cornish pasty unless it is made in Cornwall with Cornish contents and that is why those booked on the tours will get the opportunity to tickle their taste-buds with a true Cornish pasty.

The pasty has been around for many years and has become a staple food of the Cornish since the early 17th century, when it became the meal for tin miners. The crimping on the side of the pasty was so the miners could hold their pasty whilst eating and then they would normally toss that crust/crimp part away.

The recipe for a traditional pasty is as follows. A genuine Cornish pasty has a distinctive ‘D’ shape and is crimped on one side, never on top. The texture of the filling for the pasty is chunky, made up of minced or roughly cut chunks of beef (not less than 12.5%), swede, potato and onion, with a light peppery seasoning. 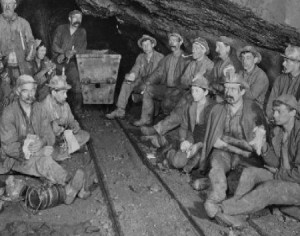 The food revolution continues to go from strength to strength in the homelands, affecting everything in a chef’s path. It has taken hold of the traditional pasty and mixed in this and that and now we have new-tasting pasty delights such as chicken tikka masala or thai flavour. Personally I like what the food revolution has done to the pasty. Am I in the minority you ask? I once made the mistake of telling a dear Cornish friend of mine of my fondness for these new pasty flavours. He looked at me with such disdain (he was obviously more of a traditionalist) and muttered under is breath “bloody new wave emmet.” Emmet is the word some Cornish use to describe a tourist. I think the new wave statement was in some way denouncing my preference to move away from tradition. I never had the courage to ask him to explain and when he went to the pasty shop to buy our lunch, he refused to support my desire for a chicken tikka masala pasty and promptly asked for a traditional one. Sadly our friendship has never quite been the same since. 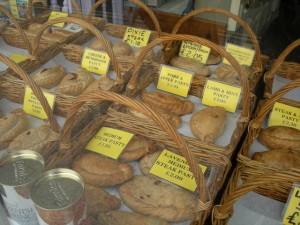 There are many places on our tour that you can get that much anticipated first Cornish pasty and everyone will inform you of their favorite shop, restaurant or coffee shop, where one can be purchased. Most Cornish folk who you ask will tell you the best pasty they ever had was the one made by their mother. The special little secret things the mothers do to enhance the flavour get passed down from generation to generation. In fact my mother-in-law, who left that Cornish land many a year ago to seek fame and fortune, was taught how to make pasties by her mother and thankfully for my family she has never forgotten the art. It has to be said, she must make some of the best tasting pasties outside of Cornwall. One bite of one of her home-made pasties and my taste-buds dance with delight. I can close my eyes and transport myself in an instant to long, sunny, lazy days on Porthcurno beach with picnics of pasties. In fact I am going to have to wrap this up as I am getting really hungry!!