#1
Try and avoid any conversation with the locals in regard to the weather. It is a well-known fact that the English can talk incessantly about the weather, i.e., what it is going to be like, what has it been like, can you remember this particular day, can you remember that particular day. Some call it the art of conversation. I beg to differ. When I was back in Blighty in June traveling with friends and family the first hour of the day was spent reviewing yesterday’s weather and then what the weather expectation was for the day. 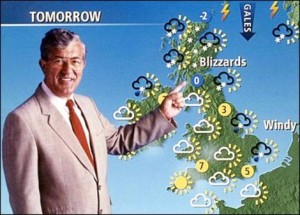 Then no more than an hour later I would be entangled in conversations on whether my thoughts had changed about the expectation of the day’s weather and if I wanted to add anything to yesterday’s review. This seemingly went on not only for a day but for the two weeks I was there. I therefore offer you this advice. If you happen to be engaging in conversation with a local and you hear those immortal words, “I think it will turn out nice……..” Make your excuses and run.

Do not under any circumstances make the mistake of asking a Scotsman, Welshman, Irishman or a Cornishman if they are English or from England as you are likely to get a torrent of verbal abuse in an accent that only their brother’s mother’s or sisters will have any chance of understanding.

In the ever changing world of political correctness where you are unsure what the correct vernacular is to use, do not take offense if the locals, for whom think political correctness is something Brussels and the EU are trying to implement across the UK. Anything from Brussels does not go down to well in England you can be sure about that. The man in the street, the taxi driver, the bus driver or the bank clerk might call you; Sweetheart, Babe, Dear, Darling, Love, Flower, Petal, Princess. My personnel favourite is Treacle pronounced in a slow London accent “alwight treacle” it comes for cockney rhyming slang Treacle tart meaning Sweetheart. For the guys it could be anything from Guvnor, Brother, Chuck, Mate Son, John, Geezer and China again from cockney rhyming slang China plate meaning mate. And once in Cornwall the locals are more than likely going to use those two favourite terms of endearment “My lover” or “Me handsome” 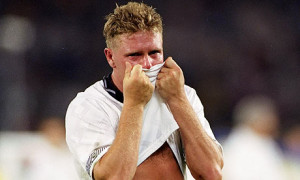 When engaging in conversation with the locals steer the topic away from sport and in particular the nations favourite game, football, or soccer as the Americans call it. Since England lifted the world cup on that glorious summers day back in 1966. English football fans have had to endure nothing more than heartbreak tragedy and disappointments in such quantities that is not natural for anyone to have had to endure so much pain. If you want to see a grown man emotional and teary eyed just ask him to tell you about the hand of god goal 1986, Chris Waddle’s penalty Italia 90, Stuart Peace’s penalty when football should have come home in 1996 and David Beckham being sent off in France 2000. I am going to have to stop there I can feel sadness overwhelming me plus I do not think it will do my computer any good to get it covered in tears!!

Finally, if you somehow get the chance to have tea with the Queen at one of her garden parties here are some rules to follow to ensure you do not end up in the tower of London.

For more tips on tea with the Queen go to http://www.afternoontoremember.com/learn/etiquette