Minority Report – A History in the Making?

(an excerpt from an article by Mark Pugh, Editor, myCornwall magazine)

“A great day for the people of Cornwall” were the words used to describe the recent Westminster based government announcement that the Cornish are to be recognised as a national minority. Supporters rejoiced whilst the cynics grumbled that it was nothing to be pleased about. Putting aside the understandable emotional response to the announcement, myCornwall explores what it could mean for Cornwall and its population.

The quote at the beginning of this article came from Communities Minister Stephen Williams on the day of the announcement, he went on to acknowledge the struggle for national minority recognition had been a long one. More than 15 years according to some. Although the European Convention for the Protection of National Minorities, was signed by the Westminster based government almost two decades ago, the Cornish have not been afforded recognition under this framework until now. 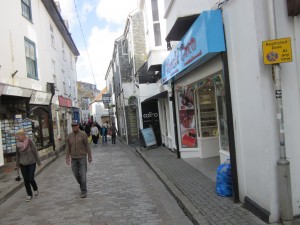 In his announcement Treasury Secretary Danny Alexander said he was “delighted that we have been able to officially recognise this and afford the Cornish people the same status as other minorities in the UK”. Many of those who campaigned for recognition why it had taken Westminster so long to be able to ‘officially’ do this. Graham Watson, a Member of the European Parliament for the area said: “I am pleased that the UK Government has finally recognised the distinct identity of the Cornish…my only surprise is that this hasn’t happened sooner.”

When speaking to people in Camborne on the day of the announcement several felt the delay had been some kind of conspiracy. “It’s just the English holding us back as usual.” said Peter Barnes. “We always get a raw deal” said Jane Midgley from Truro.

The frustration with the delay was echoed by Rhisart Talebot, General Secretary of the Celtic League: “It has been a long hard fight…over many years to get the UK Government to officially recognise the fact that the Cornish are a distinct people with their own language, culture and identity.” Despite the frustration at the delay Rhisart acknowledged the announcement was welcome: “This is a great day for the Cornish people.”

Maureen Fuller, Grand Bard of Cornwall agreed: “We have always known that we are Cornish…and we are elated by this historic announcement which affords us the same status and protection as the Celtic peoples of Wales, Scotland and Ireland.”

Mike Chappell, Convener of the Cornwall branch of the Celtic League, put it in stronger terms: “This is a new dawn for the Cornish people which one and all should seize…Kernow bys vyken!” 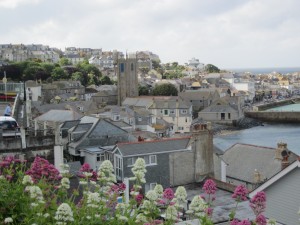 To see if recognition will live up to the expectations of its supports we have to explore what is contained within the Framework document itself. The document, which the UK signed up to back in 1995, states that the signatories must “protect within their respective territories the existence of national minorities”. It gives the reason for this being that “considering that the upheavals of European history have shown that the protection of national minorities is essential to stability, democratic security and peace in this continent.” It goes on to say that in order to protect national minorities such as the Cornish the signatories must “create appropriate conditions enabling them to express, preserve and develop this identity.”

Critics of the decision to recognise the Cornish as a national minority have been in a minority all of their own. Some have been constructive, some not so. One critic is the writer Charles Moore, who writing in The Daily Telegraph claimed the decision “forces people into tortuous self-definitions which don’t reflect modern reality; and it is uncomfortable for those it excludes.”

Moore may not like the decision but others do and most don’t see his fearful scribbles as reflecting modern reality. Reading the Framework document one can see why. The document clearly states that those who are part of a national minority have a choice to be treated as such or not. It also states that signatories to the framework must take “appropriate measures to protect persons who may be subject to threats or act of discrimination, hostility or violence as a result of their ethnic, cultural, linguistic or religious identity.”

As mentioned earlier the campaign for recognition has been going on for some time. Many of those myCornwall magazine contacted for reactions to the decision acknowledged the work done by those that campaigned to gain recognition. Dick Cole, leader of Mebyon Kernow – the party for Cornwall said: “People have been campaigning on this issue for over 15 years and I would like to pay a heartfelt tribute to everyone who played a part.” 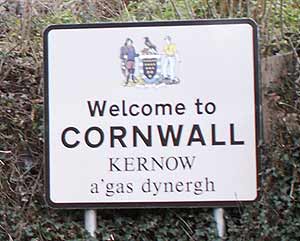 His views were echoed by Christopher Webber, from the Cornwall Branch of the Celtic League, who congratulated the work carried out by “individuals including John Angarrack whose books were influential.” North Cornwall MP Dan Rogerson praised “cultural organisations and local people like…John Angarrack.”

Cornwall is recognised as one of the poorest areas of Britain, as we have mentioned before it was one of the only areas to receive the EU’s Objective One funding because of this poverty. Will the recognition of the Cornish as a national minority contribute to the welfare of Cornwall itself?

According to some it will. BBC’s Petroc Trelawny, suggested in The Daily Telegraph, that if Cornwall was to become a micro-region it might be attractive to businesses: “Offered the choice between the increasingly random concept of the ‘United Kingdom’ or a progressive micro-region with an enthusiastic workforce, it’s clear what most investors will plumb for”.

That may be for the future but the decision may benefit businesses in the near future according to Kim Conchie, Chief Executive, Cornwall Chamber of Commerce: “This will give our businesses added confidence about their place in the World, will further enhance the distinctiveness of Cornwall’ food and drink and tourism sectors…we will all display our Cornish provenance with that bit more pride.”

The decision may have a positive effect on education in Cornwall as the framework document states that signatories shall “take measures in the fields of education and research to foster knowledge of the culture, history, language and religion of their national minorities.”

Clive Baker, Chair of Agan Tavas, the Society for the Protection and Promotion of the Cornish Language, welcomed the news saying that the group hoped the Westminster based government would “fully ratify the Convention of the Protection of National Minorities with regard to the Cornish”. The group also felt that statements by the Westminster based government that there would ‘be no costs’ were ‘inaccurate’.

It remains to be seen how much Cornwall and its people will benefit. Some are worried like MEP Gils Chichester, who said: “I am very happy for the Cornish…However, I hope this enhanced status will not encourage thoughts of severing the connection with the rest of England.” For others such as Mike Chappell “This is a new dawn for the Cornish people which one and all should seize…Kernow bys vyken!”

MY CORNWALL magazine for everything you need to know about Cornwall has very kindly offered all Dacey’s Cornish tours newsletter subscribers a very generous subscription rate. Click on the image below to subscribe to this fantastic bi-monthly magazine: