There is a slightly different style to this month’s blog. Instead of laying my heart bare and reciting a story as regards to my attachment to Cornwall, my love for that enchanting land and what it means to me, after careful deliberation I have decided to list seven things you should know about Cornwall. The list includes facts about the rich history that Cornwall has to offer plus information regarding its geographic wonders.

The reason for the change of direction this month is that over the last few weeks I have had people who visit the website and not only do they want to book for one of Dacey’s Cornish Tours but they also have questions about this wonderful mysterious land that has been troubling them for some time and have emailed me in the hope of finding resolution. So not only do these seven facts help us to get to know Cornwall just that little bit more but they go some way in answering those questions.

Did you know Cornwall has its own language called Kernowek?  It is a Brythonic Celtic language and recognized as a minority language in the United Kingdom. For Cornish phrases go to: http://www.omniglot.com/language/phrases/cornish.php 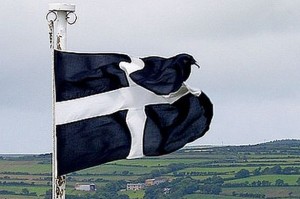 Did you know that the first mention of Britain in writing detailed tin dealing on St Michael’s Mount in Cornwall?  Pytheas, a Phoenician from Marseille, traveled to Cornwall in 325 BC on a trading mission that he recorded. His text was lost long ago, but its information was quoted in later Greek history. Some say the use of saffron in traditional Cornish cookery results from exchanges made with the Phoenicians.

The beauty of Cornwall is there for all to see. Everyone I speak to who has visited this part of England, has their favorite spot, whether it is a beach, a walk, a sunset spot, a cave, or a favorite cove. To demonstrate the beauty fact, up to 30% of Cornish landscape is recognized as “Areas of Outstanding Natural Beauty.” It is very easy to see why some would say it should be more. 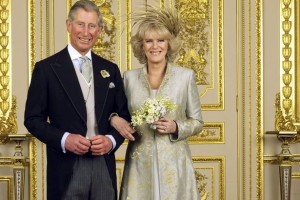 Cornwall has the longest county coastline in Great Britain; 697km of the total 18,185km British coast.

During the 1549 Anglo-Cornish war, English and foreign mercenaries killed 4,000 Cornish fighters before moving into Cornwall and in total slaughtered up to 11% of its population before the butchery was stopped – with families deprived of their menfolk and livelihoods, the true figure of deaths caused by this barbaric crime accounted for 20% of the Cornish population. 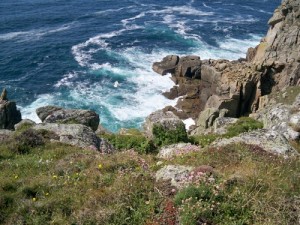 In 1485 Polydore Vergil, an Italian cleric commissioned by King Henry VII to write a history of England, states that “The whole country of Britain is divided into four parts, whereof the one is inhabited by Englishmen, the other of Scots, the third of Welshmen, the fourth of Cornish people … and which all differ among themselves either in tongue, either in manners, or else in laws and ordinances.”

The quest for Cornish independence continues to this day. For more information on the Cornish Nationalists party go to https://www.mebyonkernow.org/